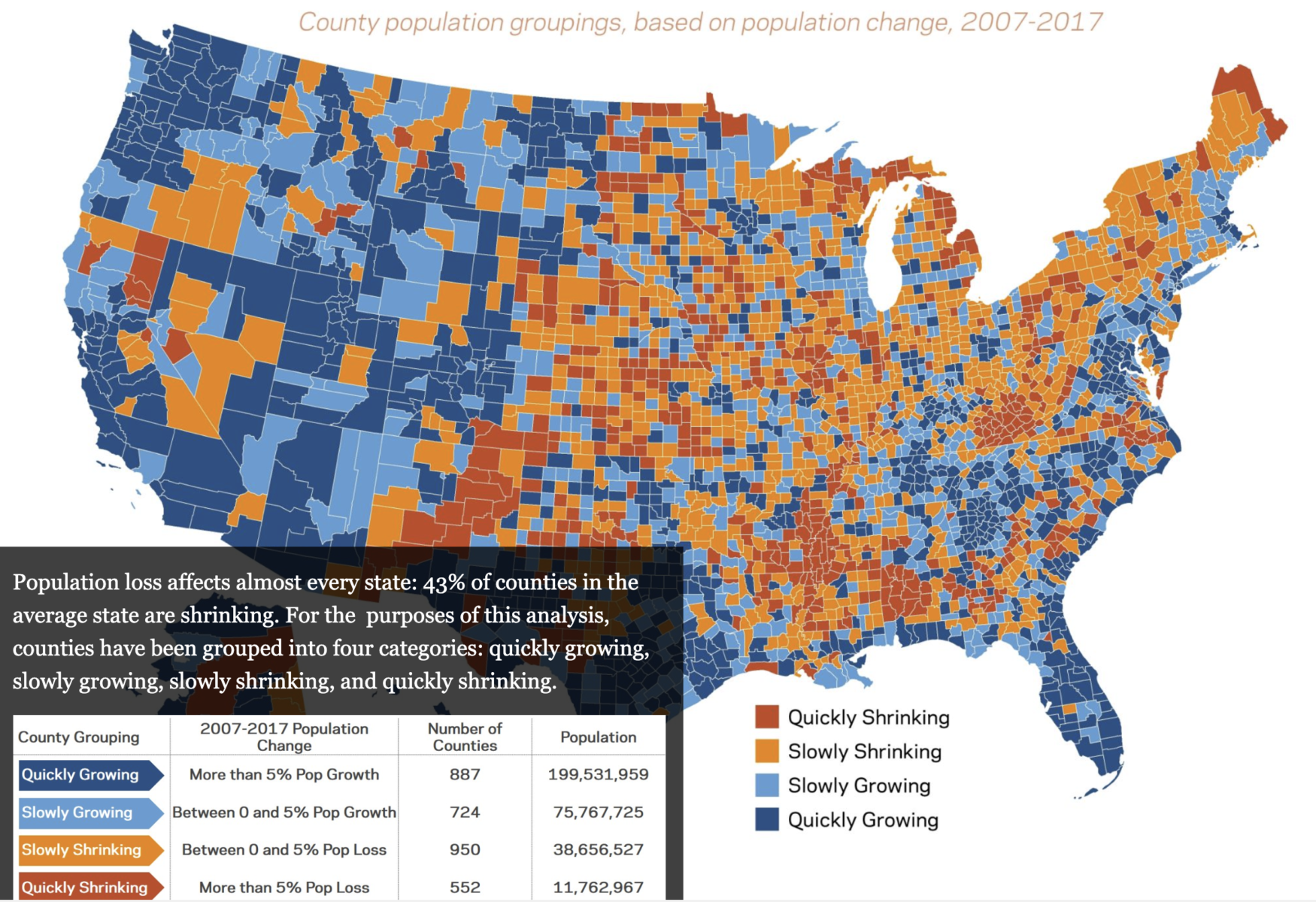 This is quite amazing:

1.) Post-GFC, the U.S. population grew at its slowest pace since the Great Depression.
The last decade is the first time in a century that low growth of population and prime working age population occurred simultaneously on a sustained basis.

2.) Population growth is uneven, leaving more places behind.
86% of counties now grow more slowly than the nation, up from 64% in the 1990s.

4.) Shrinking places are aging the most rapidly.
By 2027, 26% of the population in quickly shrinking counties will be 65 and older.

The takeaways (at least for me) are pretty obvious: 1) We need to increase our population growth (fertility rate, births, etc.); and 2) immigration has historically been a source of population growth; throttling that back has long term negative consequences.

FROM MANAGING DECLINE TO BUILDING THE FUTURE COULD A HEARTLAND VISA HELP STRUGGLING REGIONS?