Everything You Need to Know About Recessions 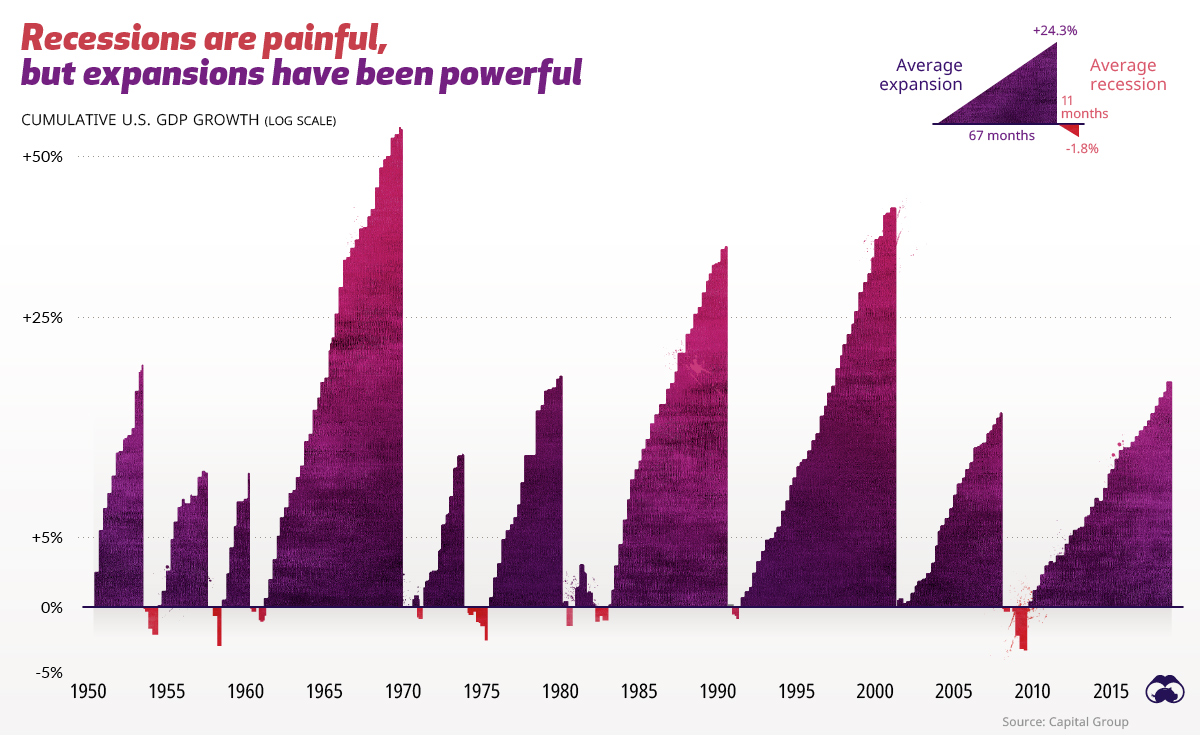 Persuasive guide to what recessions look like via Visual Capitalist. What this does not capture is how emotions are manifest in the reaction to a contracting economy activity and a corresponding drop in the stock market.

According to the National Bureau of Economic Research, a recession can be described as a significant decline in economic activity over an extended period of time, typically several months.

In the average recession, gross domestic product (GDP) is not the only thing shrinking—incomes, employment, industrial production, and retail sales tend to shrink as well. Economists generally consider two consecutive quarters of declining GDP as a recession.