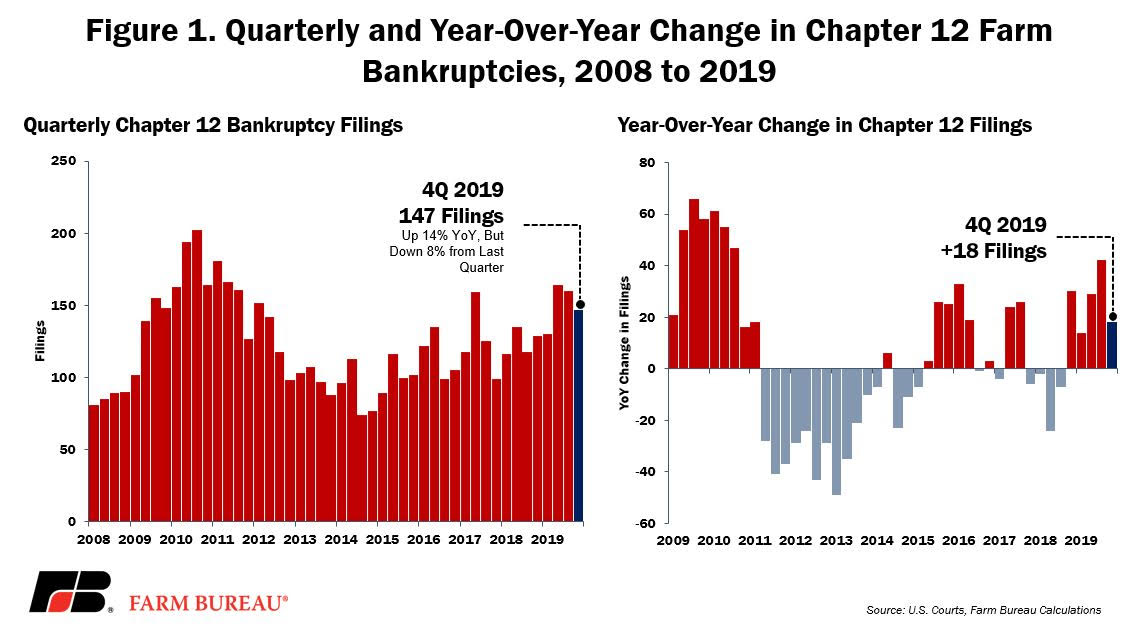 “Chapter 12 family farm bankruptcies in 2019 increased by nearly 20% from the previous year, according to recently released data from the U.S. Courts. Compared with figures from over the last decade, the 20% increase trails only 2010, the year following the Great Recession, when Chapter 12 bankruptcies rose 33%. 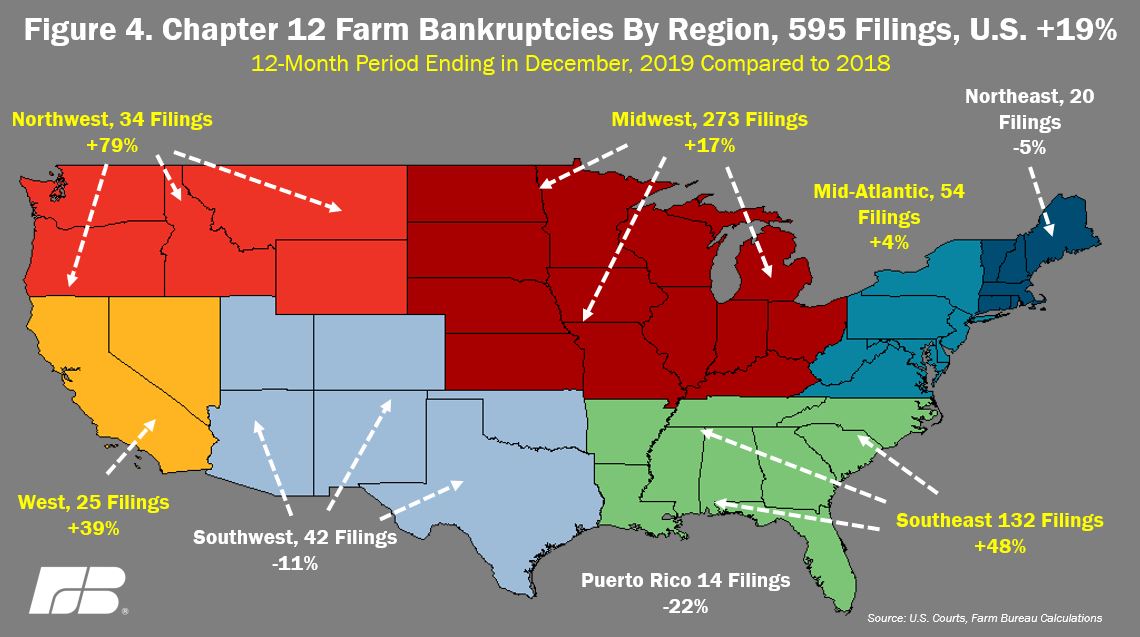